Umami: Discovering the taste of the ocean 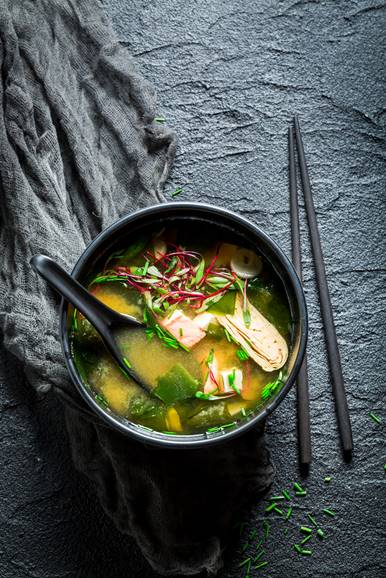 Over the course of the past decade, umami has established itself as the fifth taste. It stands alone from sweet, sour, salty and bitter, often being described as a ‘pleasant savoury flavour’.

Interestingly, the history of umami can be traced back more than a century. In 1907, Japanese scientist Dr Kikunae Ikeda identified a quality in a local broth that he believed was distinct from the four other basic flavours. To understand the origins of the flavor he explored the main ingredient in the broth - seaweed. Ikeda’s chemical analyses determined that the amino acid glutamate was responsible for the flavor. His pioneering work connected the unique taste to the compound responsible for it.

It wasn’t until 2000 that scientists located umami receptors on human taste buds; a discovery that further supports the notion that umami stands alone as a taste. Research has subsequently demonstrated that the umami taste spreads across the tongue, lasts longer than other tastes and provides a mouthwatering sensation. Seaweed is a rich source of umami and is increasingly being added to gourmet dishes to add a rich depth of flavour and intensity.

Marinova’s award winning, certified organic wakame seaweed has become a sought after culinary ingredient. The company’s Business Affairs Manager, Ms Krutika Sen, commented, “Marinova’s wakame is a nutritious and versatile food ingredient, making it an ideal addition to soups, seasonings, salads and smoothies. It has organic, non-GMO, Kosher and Halal certifications and is approved for use in Australia, Europe, USA and throughout Asia as a both a food and nutritional ingredient.”