Fighting the flu with fucoidan 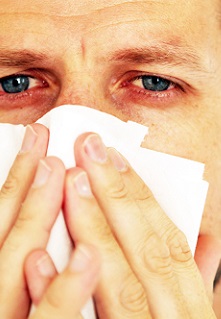 The influenza season in the southern hemisphere is well underway, with many countries in this part of the world reporting a significant increase in hospitalizations compared with previous years. In Australia alone, there have been 97,920 laboratory-confirmed cases of influenza in the first six months of 2019. According to the latest data from the National Notifiable Diseases Surveillance System this compares with 58,870 cases for the whole of 2018. In the two-week period to 16 June, 19,353 new cases of influenza were reported, raising concerns amongst Australian medical practitioners, many of whom believe the ‘flu season’ is only just starting.

With infection rates continually on the rise, influenza is a global issue. Experts have predicted that around 4000 deaths will occur in Australia this year from influenza-related complications. In the US, the virus is responsible for between 36,000 and 61,000 deaths each year.

Categorized into types A and B, influenza is a highly contagious and potentially life-threatening disease, particularly in higher risk groups, including pregnant women, the elderly and those with existing medical conditions. Vaccines and preventative hygiene practices provide the best protection against influenza, however, the mutating nature of the virus means that new strains are constantly emerging.

The potent anti-viral activity of fucoidan has been demonstrated in both in vitro and animal studies. Maritech® fucoidan, developed and produced by Marinova, has been proven to inhibit multiple influenza strains, including H1N1 (swine flu), Parainfluenza and Avian influenza A (bird flu) strains H5N1, H5N3 and H7N2. Read more about this research in Marinova’s latest whitepaper.

The mechanism by which fucoidan may act to assist in the prevention of viral infection is two-fold; blocking the entry of viruses into cells and inhibiting the adhesion of viruses to host cells. These effects reflect the biological role of fucoidan in nature, where it protects seaweed from viral pathogens in the marine environment.

As a naturally-derived and powerful anti-viral agent, fucoidan shows great potential for utilisation in applications targeting influenza-prevention. Marinova continues to investigate the full anti-viral capabilities of Maritech® fucoidan extracts, with a significant element of its research program being dedicated to this area of bioactivity.