Fucoidans occur naturally in the cell walls of brown seaweeds. They function to protect the plant from water-borne pathogens and other environmental challenges. Fucoidans are long chain polysaccharides characterised by a complex molecular structure and varying degrees of sulfation and acetylation.

What is fucoidan used for?

Studies undertaken by Marinova, and by other independent research groups around the world, have investigated the efficacy of fucoidan extracts in a diverse range of indications and clinical settings. Marinova's high purity, certified organic fucoidan extracts are innovative and versatile functional ingredients. They have global regulatory acceptance and are the choice of leading international brands in the human nutrition, skincare, animal health and pharmaceutical research sectors.

How do fucoidans differ?

Not all fucoidans are the same. They are a class of natural compounds that have been widely researched and shown to exert beneficial bioactivities in a range of human health settings. Research conducted by Marinova has confirmed that the bioactivity of fucoidan extracts is dependent upon two key factors:

These two factors are the ultimate determinants of efficacy. Traditional methods of extraction can compromise the integrity and functionality of the resulting fucoidans. In contrast, Marinova's aqueous extraction process yields natural extracts of superior quality with enhanced bioactivity.

Which species of seaweed are used by Marinova?

Marinova primarily extracts fucoidan from two species of brown seaweed, Undaria pinnatifida and Fucus vesiculosus. Fucoidans derived from both Undaria and Fucus seaweeds have been extensively researched and clinically tested. It is for this reason that the company places its scientific research and manufacturing focus on these two species. 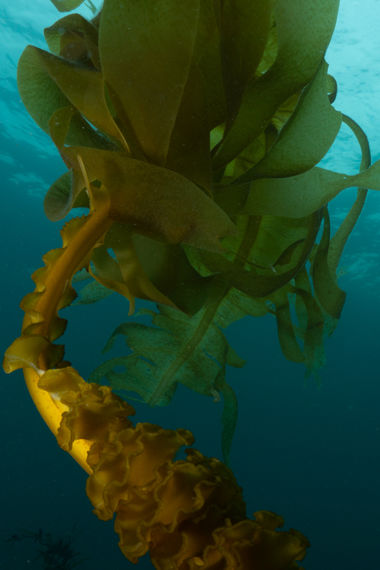 Undaria pinnatifida, commonly known as wakame, is a brown seaweed that inhabits the intertidal zone down to depths of approximately 20 metres. It is typically found in sheltered reef areas with conditions such as temperature, available nutrients, light and depth all being important variables in the plants life cycle. Sporophytes produce up to 100 million spores which then settle and grow into new plants. Undaria plants can reach approximately 2m in length in less than one year and growth rates can be up to 1cm per day – making the species a rapidly renewable marine resource.

Undaria seaweed is hand-harvested by Marinova’s team of professional divers when the plant reaches the peak of its growth cycle, usually during springtime. Each plant is then inspected for any foreign objects such as shells and crustaceans, and the Undaria sporophyll (known as mekabu) is separated from the fronds (known as wakame). The fresh seaweed is hung on racks and sun-dried to preserve the plant and its bioactive compounds, such as fucoidan. 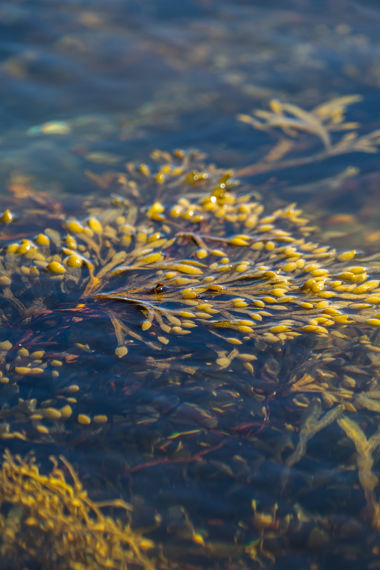 Fucus vesiculosus
Fucus vesiculosus is a brown seaweed typically found along sheltered coastlines of the Northern Hemisphere. Commonly known as bladderwrack, Fucus vesiculosus plants are known for their branching fronds with prominent midrib and conspicuous bladder-like floats. These almost-spherical air sacs support the plant to float high in the water, ensuring access to ample sunlight for photosynthesis. When conditions are favourable, Fucus can occur in high densities, forming a dense carpet on the shoreline. Fronds of Fucus plants can grow over 0.5cm each week eventually reaching sizes of up to 2m over their five year life span.

The potential health benefits of Fucus vesiculosus are well reported in scientific literature. Professor Harald Kylin, the Swedish chemist who first isolated and described fucoidan in 1913, focused many of his early studies on Fucus. The very first commercial fucoidan extracts available on the Western market were also derived from this species.

Please note you are now being redirected to the Maritech® organic fucoidan website.