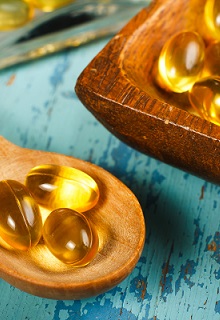 Australian researchers have developed a novel technique using Maritech® fucoidan to significantly reduce oxidation in microencapsulated fish oils. The breakthrough is expected to revolutionise the delivery of fish oils and other dietary supplements.

The incorporation of fucoidan was found to significantly improve oxidative stability of the encapsulated oil and induce better crosslinking of the shell material.

“The polyphenols present in the fucoidan extract cross-link to form a tight network of chains with gelatin, which provides this powerful stability,” explained Professor Barrow.

A current limitation in the manufacture of fish oil is its susceptibility to oxidation during production and storage. Oxidation of the polyunsaturated fatty acids in fish oil can lead to unpleasant odour and taste, as well as compromised functional benefits.

However this new technique provides a solution, with study results showing no oxidation or degradation of the oil during production and greater stability at high temperatures.

Produced by Australian biotechnology company, Marinova Pty Ltd, the fucoidan extract was included in the shell material at 7%.

Marinova’s Chief Scientist, Dr Helen Fitton, commented on the significance of the research.

“The benefits of this new method can be applied not only to fish oils, but to the wider dietary supplement sector. It’s a real game changer for microencapsulation.”

“An added benefit of using fucoidan is that it’s an organic functional food ingredient with anti-inflammatory, immune and digestive health properties. So fucoidan can potentially work together with the material inside the capsule to deliver complementary benefits.”

In comparison, the fucoidan extract is a food-grade ingredient naturally present in brown seaweeds and widely consumed for its beneficial properties. The extract provided superior cross-linking and oxidative stability when compared to transglutaminase.

This study adds to a growing number of functional applications involving Marinova’s Maritech® fucoidan ingredients, including its recent use in biomaterials for brain injury and wound healing.

The research has been published in the scientific journal Powder Technology.