What gives wakame its distinct aroma? 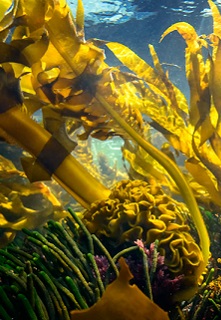 The edible leaf of Undaria pinnatifida seaweed, also known as wakame, is a highly popular culinary product in Japan and other parts of Asia. The consumption of wakame is growing in countries all around the world for use in salads, soups and snacks.

In addition to wakame’s unique texture and flavour, it has a distinct, subtle marine aroma. So what gives wakame its smell?

A new study has sought to investigate and identify the characteristic aroma components of dried wakame. The researches extracted an essential oil of wakame and analysed its volatile components.

The major component was identified as a compound called ‘henicosahexaene’, or more specifically – 1,6,9,12,15,18-henicosahexaene. The researchers analysed its odour-structure relationship and conclude that the number of double bonds in the compound seemed to play an important role in marine aroma.

The study additionally noted that the drying, blanching and storage methods of wakame were important influences on the aroma. Additionally, the results indicated that the levels of volatile components differ between raw, salted and dried wakame, with higher levels of henicosahexaene – and therefore odour – in salted and dried wakame. Overall, the findings from this study provide interesting new insight into what constitutes marine aroma.

Marinova’s certified organic wakame has been recognised in a prestigious national award, gaining silver in the 2017 Australian Food Awards. Notably, it was awarded superior marks for its texture and intensity of flavour. Marinova’s wakame is hand-harvested by local divers off the east-coast of Tasmania and holds organic, non-GMO, Kosher and Halal certifications.